The project will start at the beginning of August and be finished at the end of October as part of the Drayton ArtsFest, where the Mural Project will be open to other members of the public to take part who are not involved in community groups or at schools.

Some schools and groups have already indicated they want to be involved. However, if your School/group has not yet been contacted and is interested in taking part in this project please contact me by 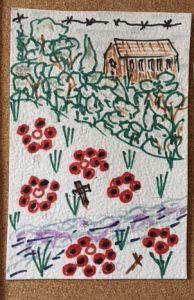 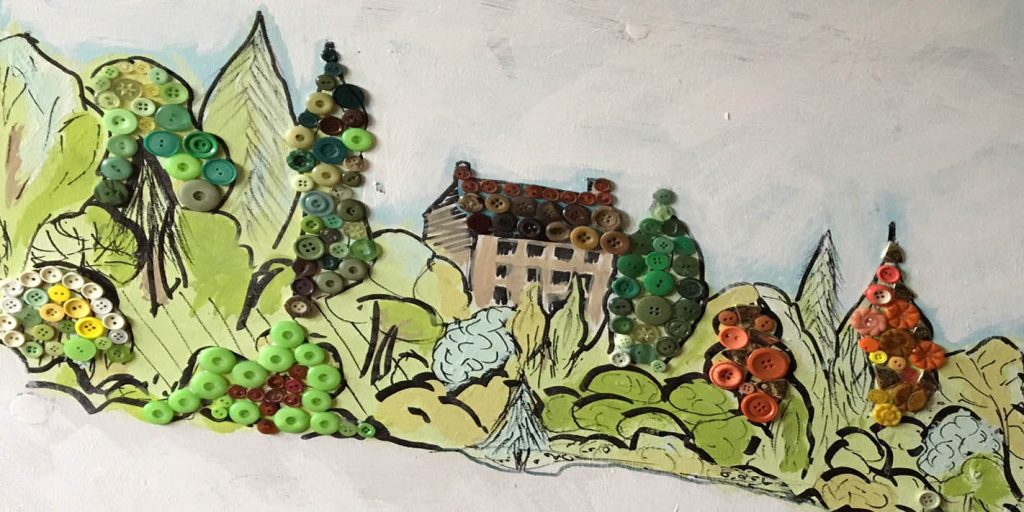 The mural has been designed as a modern five panel piece

The background of the five panels depict a representation of the Meadows area in Market Drayton[by the swimming pool] circa 1918 with the Tern river flowing in the foreground to represent the passage of time.

The centre panel displays the current Town Council Logo at the top to represent the present day with a setting sun in the sky to represent the line from ‘For the Fallen’  poem by Laurence Binyon  ‘At the going down of the sun and in the morning. We will remember them‘

The central ground of the five panels will contain 165 large poppies representing the official number of people from Market Drayton who were killed in the conflict. All 165 poppies will have the full name and age at death of each person inscribed inside

The side panels contain iconic images of WW1; a  British Mark V Tank and a Bristol F2 Biplane with a Dreadnought battleship at the bottom of the centre panel. 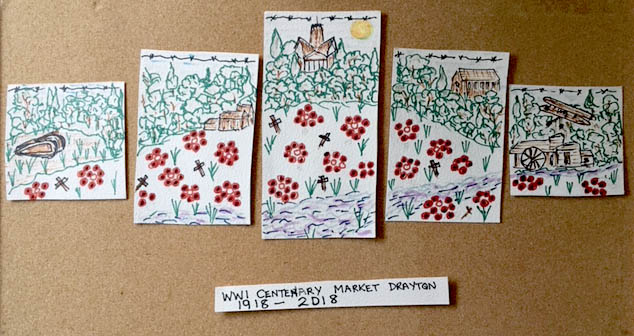